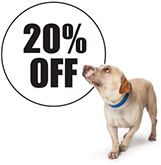 Thaddeus: Hey everyone! It’s Brent and I here for Hemp for Humanity. It's April you know what that means?! 420 is coming up! You know the 420 is a national holiday for the marijuana plant or the cannabis plant and you know this holiday is really focused around you know getting high and having fun all day but we wanted to bring more awareness to you know legit reasons to use THC, the main part of marijuana that you get the psychoactivity from for more than just getting high. You know cuz it really does have really great medicinal uses, medicinal benefits. People get a lot of really good results, more than just getting high. So Brent why don't you tell me (us) a little more about THC?

Brent: first of all let's just kind of talk about, you know THC is so complex. Obviously we've talked in our previous videos about some of the different levels or different different types (of THC) that are now in the market. We wiill go into those a little bit more but when people say the word THC in general they're talking about Delta 9 THC. Delta 9 tetrahydrocannabinol and that's the THC that we've been talking about since forever. When people talk about marijuana they talk about cannabis they say THC level they talk about the Delta 9 level. So that's what the federal government's been focused around, all the federal laws have been focused around. When you go to Illinois, California, Colorado what Michigan any of those states have medicinal or adult use recreational recreational THC products, those are generally referred to as are those are generally delta 9 THC products. Some of those states you can't even get some of the other THC. So they don't label it “Delta 9 but” they just label it “THC” which I think probably will change in the future because there's so many different styles of THC. I think the people really need to understand what type they're taking and again we can talk about that later. Usually when you go into those (dispensaries) talking about THC they talk about Delta 9 THC so federally same thing. When they talk about the federal law, in the state of Indiana we can only sell products that come from the hemp plant and the hemp plant is considered basically the cannabis plant that contains less than 3% Delta 9 THC by dry weight. That dry weight means roughly 3 mg per gram. That's the THC that everybody talks about is the Delta 9 THC. It has a different effect than others so I'm going to let you kind of talk about why the Delta 9 THC are kind of how it affects us.

How Delta 9 THC affects us

Thaddeus: Yeah so and that's called anandamide, we’ve talk about this before,

Brent: it's not chemically structured the same it's shaped the same because basically you have these CB1 receptors in your brain that would have like a pie wedge that would receive a cannabinoid, anandamide the endocannabinoid right and it fits directly into that. THC, Delta 9 THC has that same shape, the whole shape is different but the same shape (where it connects to the CB1 receptor).

Thaddeus: So it’s not exactly identical but identical enough so that it actually fits, okay. So thats the reason why we get a feeling from THC. If we didnt have receptors for it, essentially it would just go right through us and wouldnt do anything to us. Also a part of that, you know like talking about the “high” you know there's there's more to it than just getting “high”. A part of that high is different changing levels of some hormones in a positive way. More specifically the dopamine and serotonin hormones. Dopamine is known as like a reward your hormones like whenever you feel like you've accomplished something and you feel good from it that's a dopamine release and then serotonin is known as the feel good hormone. Which means like you know whenever you get a hug you know whenever you feel like you're comfort you're comfortable I can always kind of things are serotonin being released. so with THC interacting with your endocannability system that helps there be healthier levels of serotonin and dopamine. This is also partly reason why it helps with you know so many different ailments is because serotonin and dopamine will help with those if they are at the healthier level. You know pain anxiety that's oftentimes due to an imbalance in those hormones that THC kind of helps balance out.

Brent: Which is kind of weird because you know people talk about getting “high” but you know when you have anxiety you have high levels of serotonin dopamine you need to get low right you know so yeah so how do you use THC?

Thaddeus: So you so im not going to lie I do use it recreational sometimes because I prefer that over alcohol. Me personally because with alcohol you know there's excess calories there's the the bad feeling the next day. You know I can it can maybe get you some trouble? So THC doesn't do that for me so I prefer it in that respect. I also like to use it for not just recreational but almost as a an introspective practice. I like to I don't want to call it “meditate” here and there but you know I like to think about things and get deep in my thoughts and sometimes I'm stuck in a certain way of thinking a little bit of THC could help me get out of my own head almost. You know so that has helped me I feel grow as a person and be able to think differently about different things and you know learn in that way. So that's how I like to use THC for the most part, how about you?

Brent: You know, I'm 50 so I like to use it for pain. I like to use it for anxiety and sometimes sleep. I mean Tracy uses it for sleep you know she likes to use a little bit before she goes to bed but you know with all the kids that we have and all the activities that we got and they're all grown adults and you know a lot of times they're just a lot going on. You know with what's going on with work you know sometimes it's I think maybe like you said, introspectively, you know it's sometimes it's nice to take an edible and then you know in the late evening or in the evening and just kind of sit down and instead of worry about all those guys kind of just be thankful you know and and and introspective about you know life. You know so it helps my all that fear of being a parent and scared and uncontrollable you know things that you think (be more) manageable. So instead of having you know a drink or six ya know like you said earlier, you know it's not just about not drinking at a party you know it's also not just sitting home and and dealing with your crap and your anxiety and the world and so on and so forth. Then like I said, I mean you know you know we like to go snowboarding and and you know I am 50 and so things start to hurt a little bit more. Start to play a little pickleball and you know so your elbows your knees that kind of thing. You know not just topicals I mean you know a nice a nice tincture or a nice even a piece of chocolate after dinner can really make you feel good and kind of just put you into sleep. So yeah it's not just about 4/20 this month is not just about going out and just moving a giant blunt. You know if you want to that's fine we're not against that but you know people need to understand it is about celebration of this plant and and the reason that we're celebrating it was because of all these things that we've talked about and all the reasons. That it works internally in the body you know as a great substitute for a bunch of man-made stuff that people are getting hooked on or just you know just more dangerous than than this product.

How to Use THC Responsibly

Thaddeus: On the topic of danger, I think it would be responsible for us to talk about the potential negative sides of THC. There’s good and there’s bad. You know anything can be abused. I like to always like to make the analogy you know you need water to survive but you have too much of it you drown. So the the the only really negative side potentially with THC is, actually first let me state another positive, you can't really overdose on it you can't at all like there's no possibility to overdose on THC for the most part.

Brent: Be 21 before you even start doing it. We would prefer you to wait till 23 or so before you get heavy into it obviously but be 21.

Thaddeus: yeah cuz on that point there's some studies that show that you know usage of THC too early on when your brain is not fully developed can alter the way your brain develops and so we don't know if that's a good or a bad thing but for the time being we don't want to chance it. Also you you always want to make, especially with edibles and THC, low and slow that is always the warning so if this 420 is your first time going out and trying some THC, “low and slow”. I can't emphasize that enough and what I mean by that is take less (THC) than you think you may need and wait longer than you think you have to up the dosage because with an edible it's your metabolism you know how fast you digest things that all comes into play.

Brent: the fat content, what you ate that day.

Thaddeus: Yeah exactly! I’ve had edibles hit in 30 minutes and I've had edibles hit like 4 hours after I've taken it. So if you know just once again remember it's not going to hurt you you're not going to overdose on it but it can be a very uncomfortable experience if you know what your first time using THC, or if you're not super familiar. You know just just use it appropriately.

Too much THC? Take CBD!

Brent: If by the way you do find yourself where you've taken too much THC and you feel like you're out of control or super or super anxious take CBD. Take a large dosage of CBD. It will counteract that and bring in it'll bring you back in.

Thaddeus: Yeah CBD will help you get that you know that paranoid feeling to be settled.

Brent: Yeah so everybody enjoy 420! We'll be talking more about THC as a month goes on so obviously like always if you got questions come on in and talk to us check out all of our stuff below and just be safe and cheers.